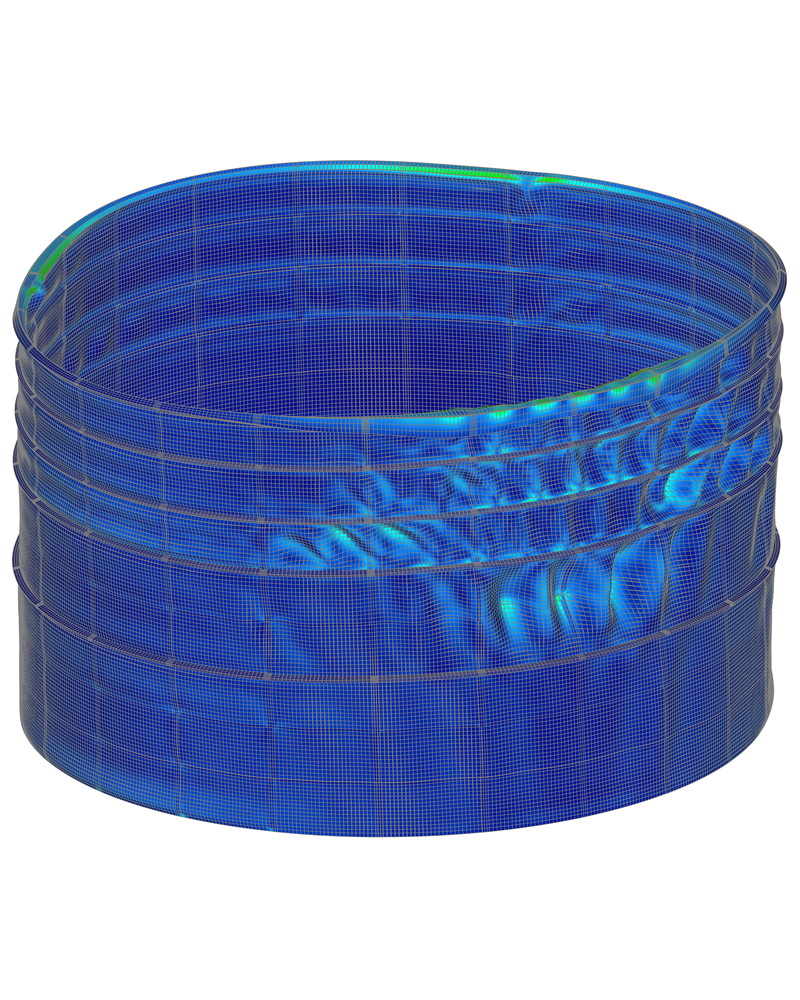 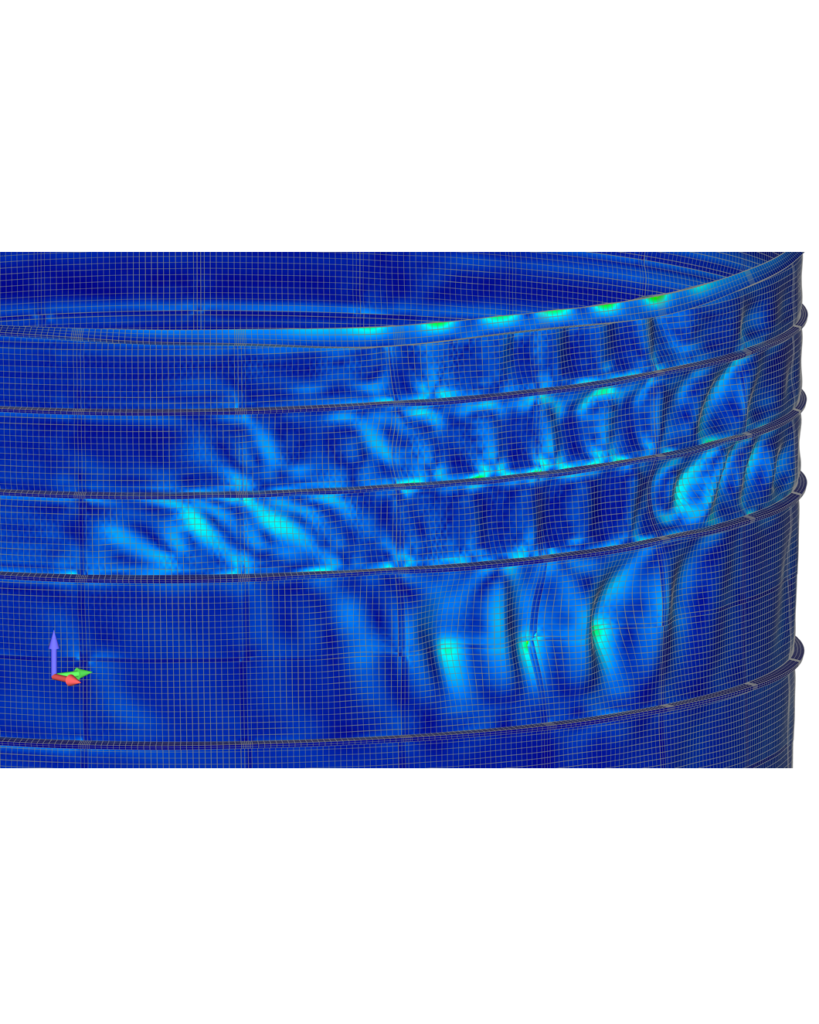 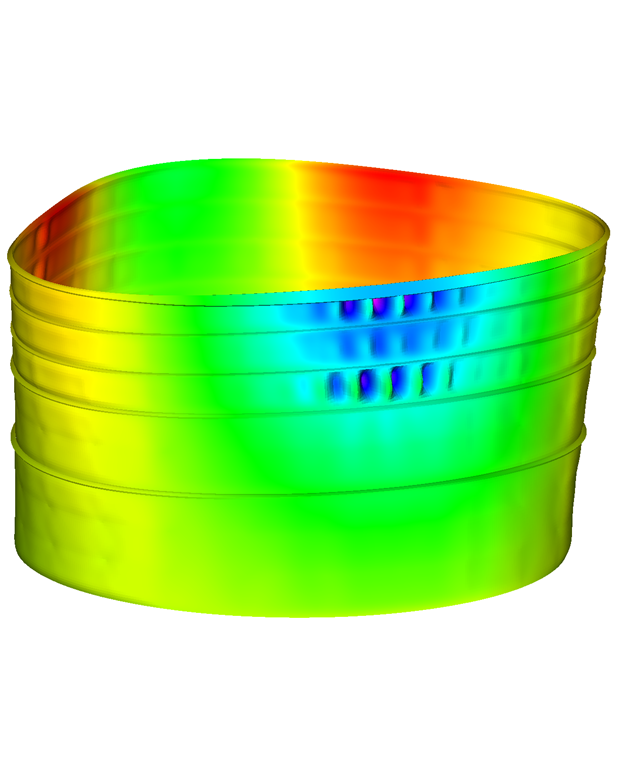 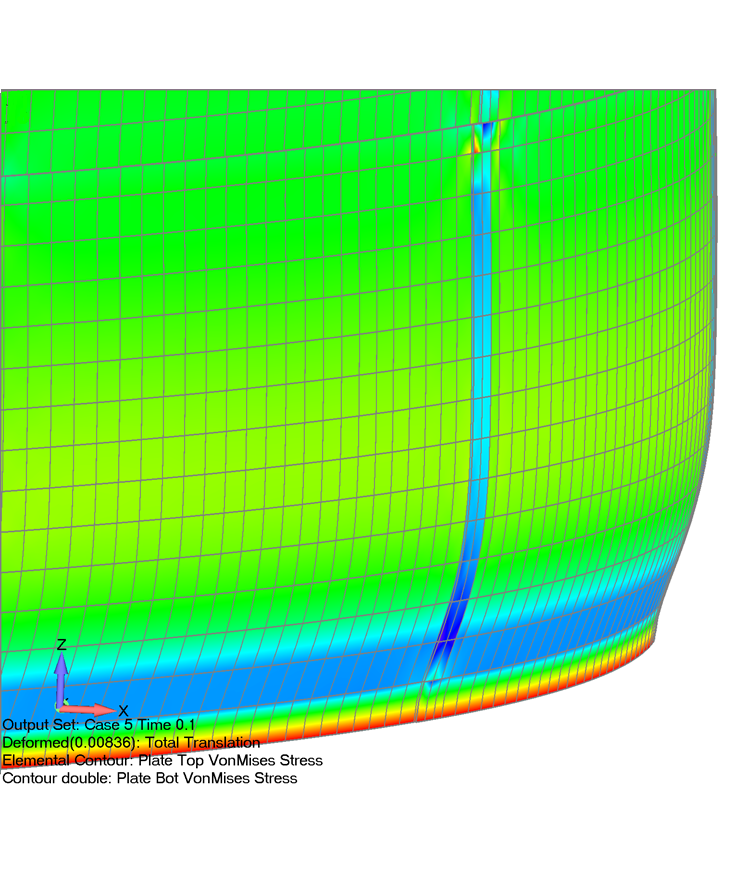 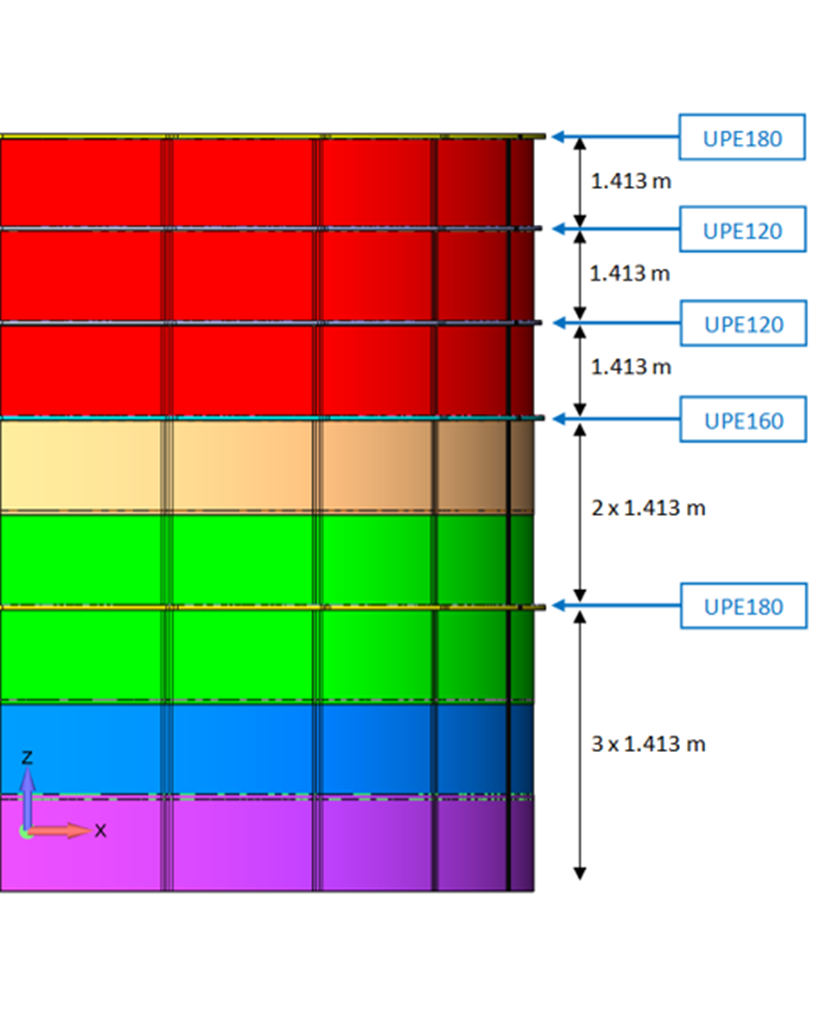 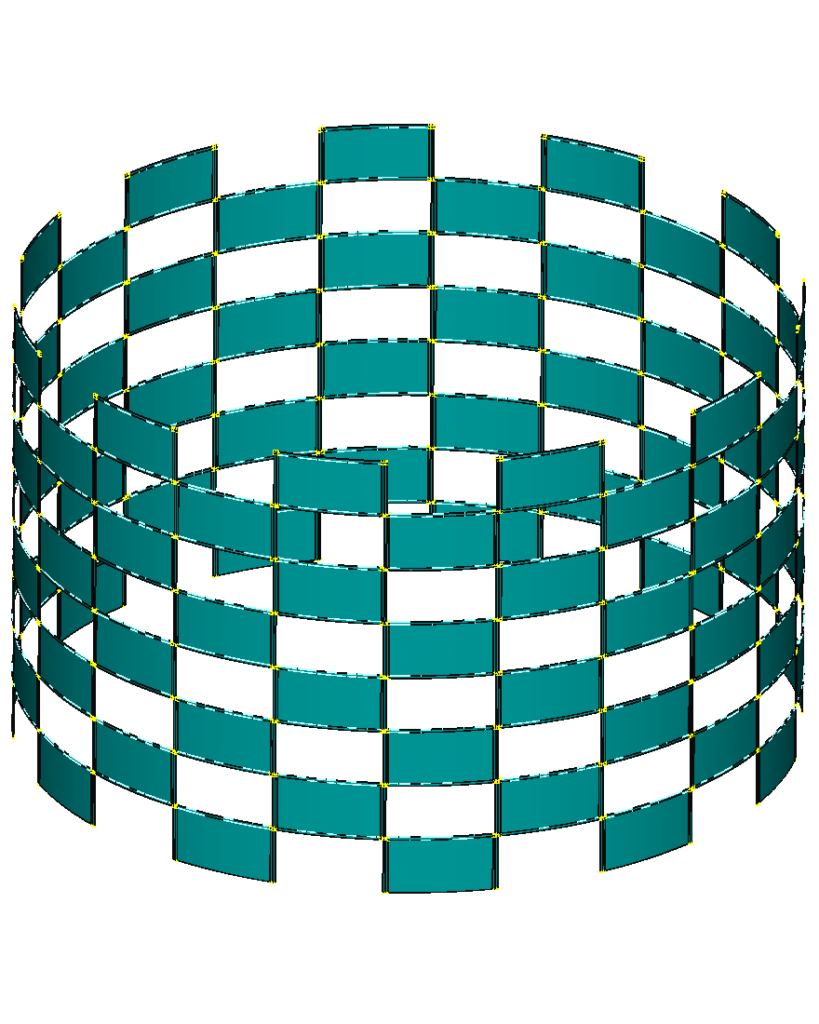 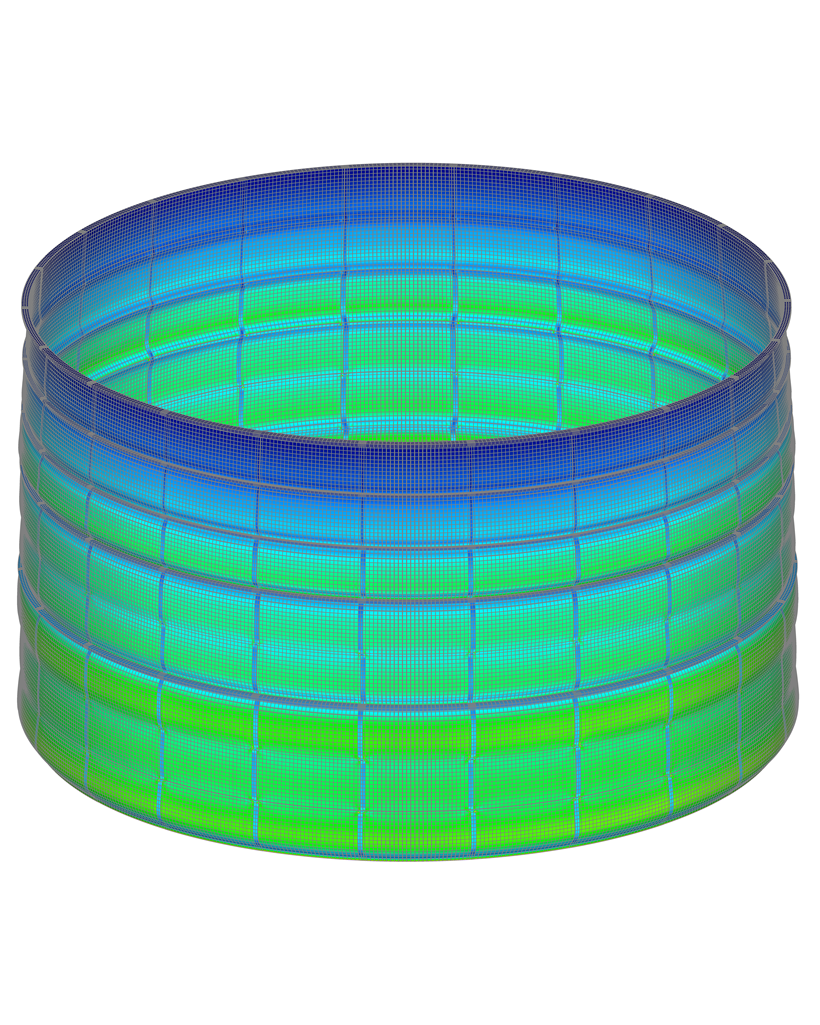 This was a super interesting project. Due to corrosive environment, the steel we used was specially prepared (glazed) which meant… absolutely no welding on site! And with 20m of diameter, this is a challenge for sure!

This meant, that the vessel was designed with 3 layers of steel plates in a checkboard placement, so we could easily bolt the plates together without collisions nor bending in the corners.

Also circumferential rings were bolted, and some additional elements had to be foreseen to avoid empty “spaces” between the ring and the vessel (as well as some plates between them!).

Stability of such a vessel is a very interesting challenge, as can be seen based on the failure mode!

It’s always good to plan ahead. Initially I wanted to do a model of the vessel with each opening and each bolt present in the model. But after one plate was meshed with almost 100k elements, it was obvious that we cannot go this route! Instead we did a simplified overall model (which was still huge and computed for 20h!) and calculated the connections in detailed analysis later on. 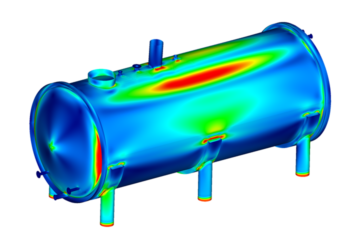 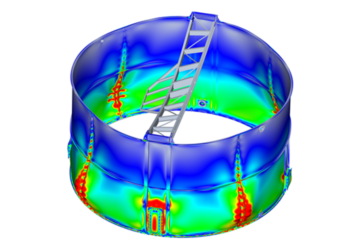 Sludge Tank in the UK 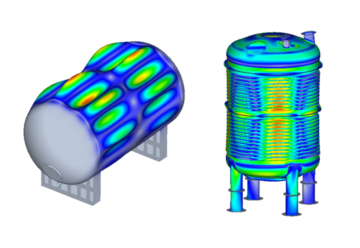 Tanks and Vessels in Germany 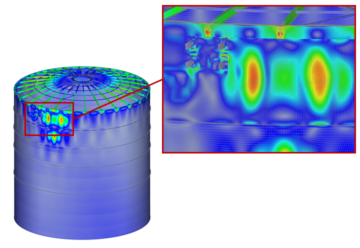 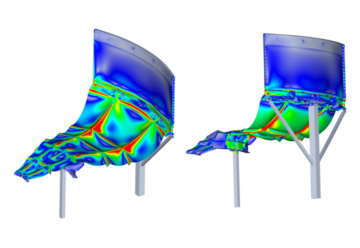 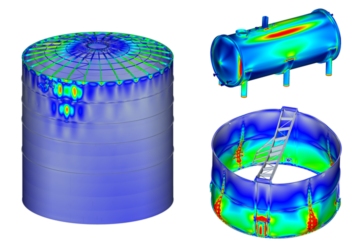 In need of FEA calculations of a tank?