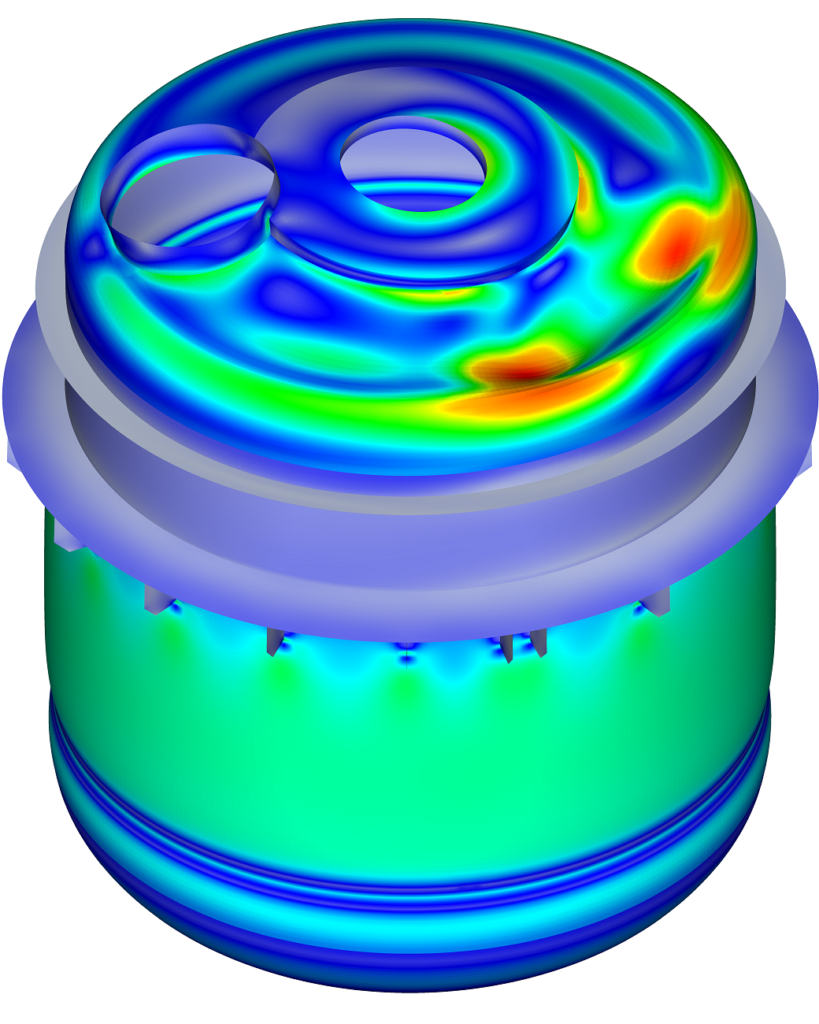 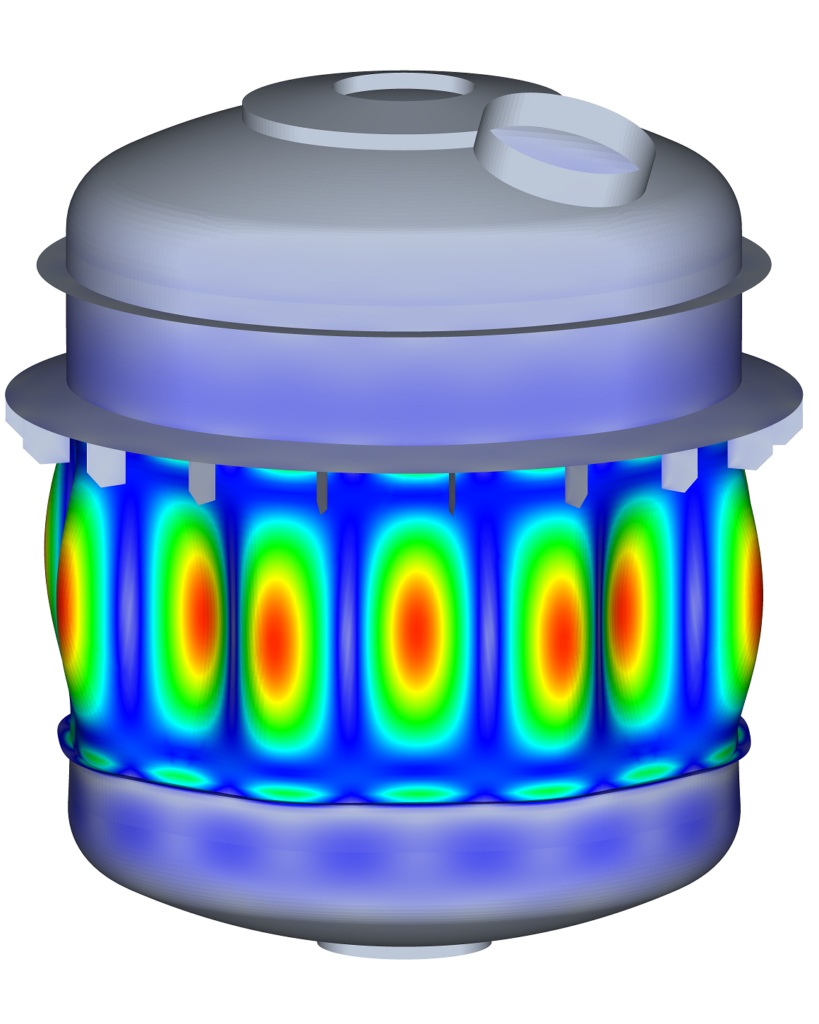 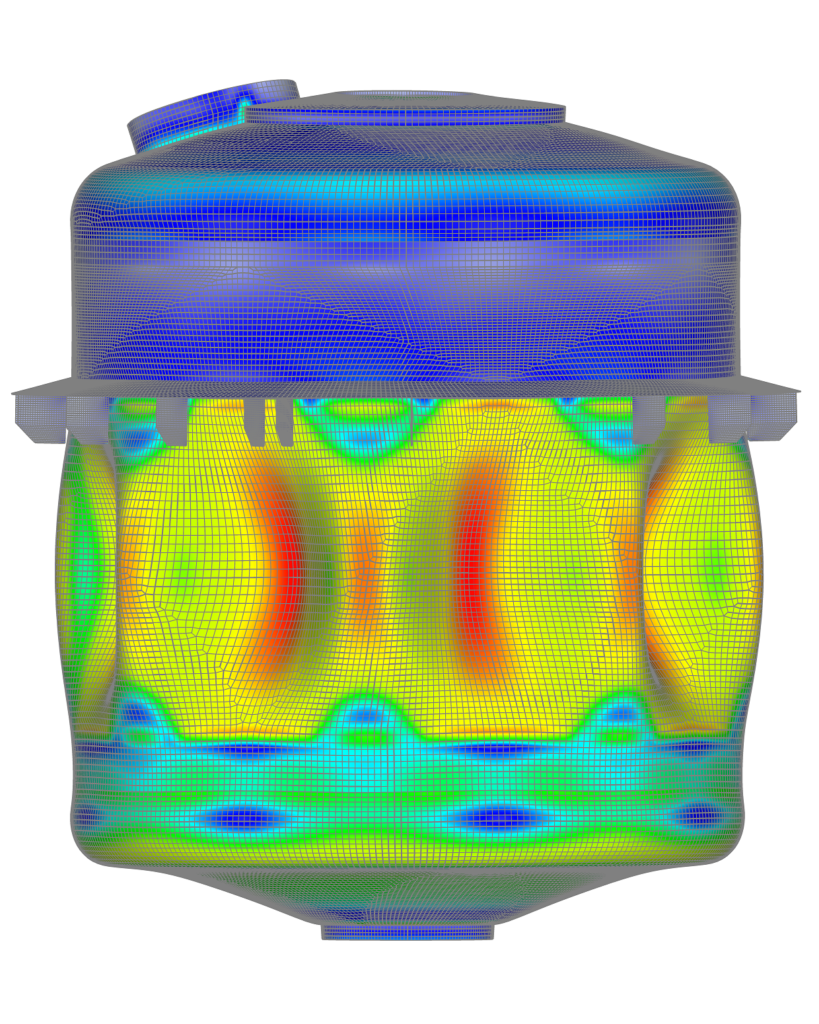 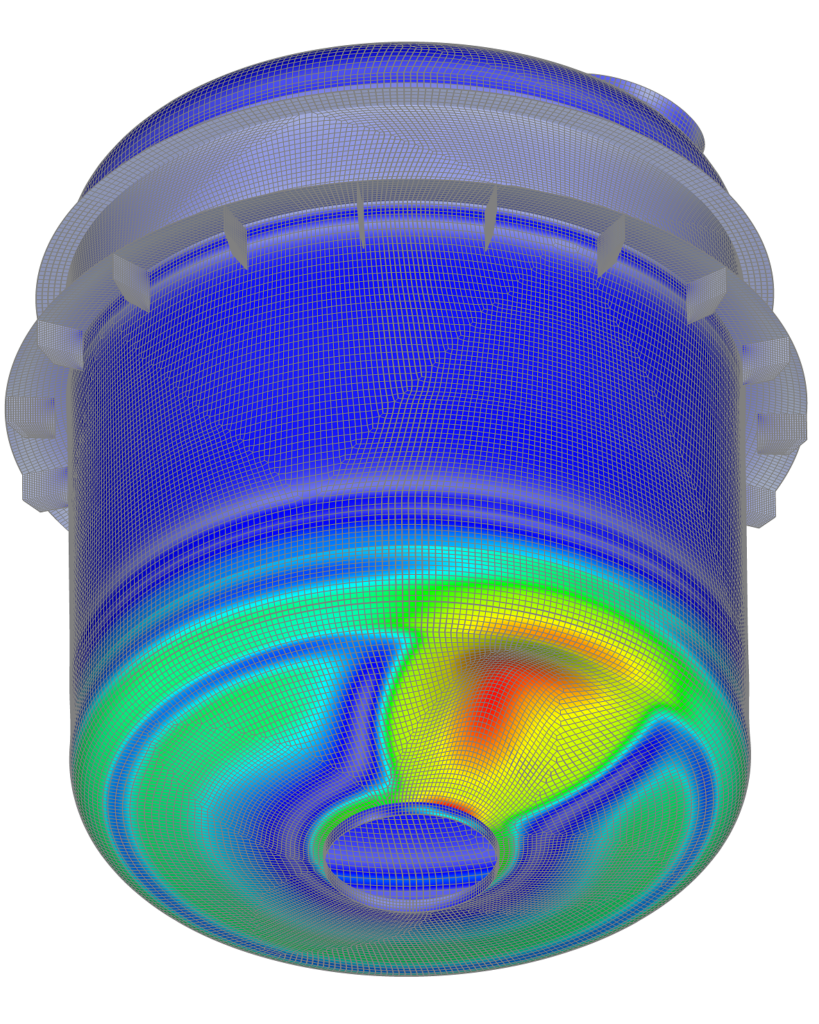 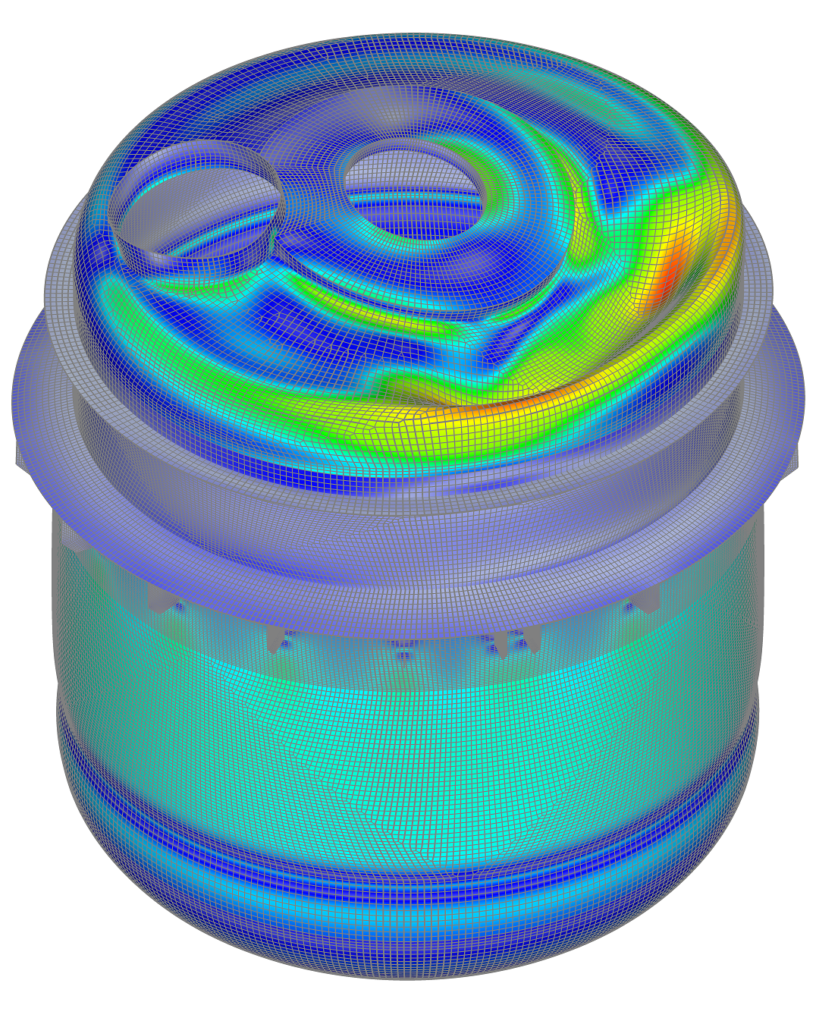 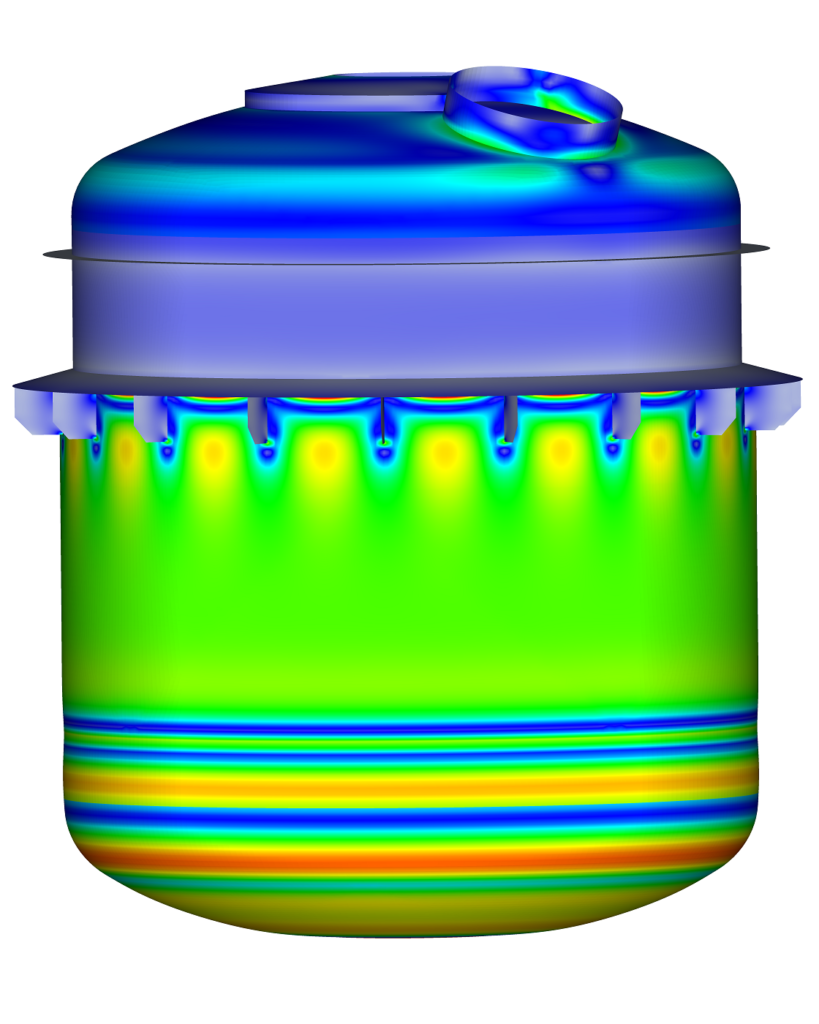 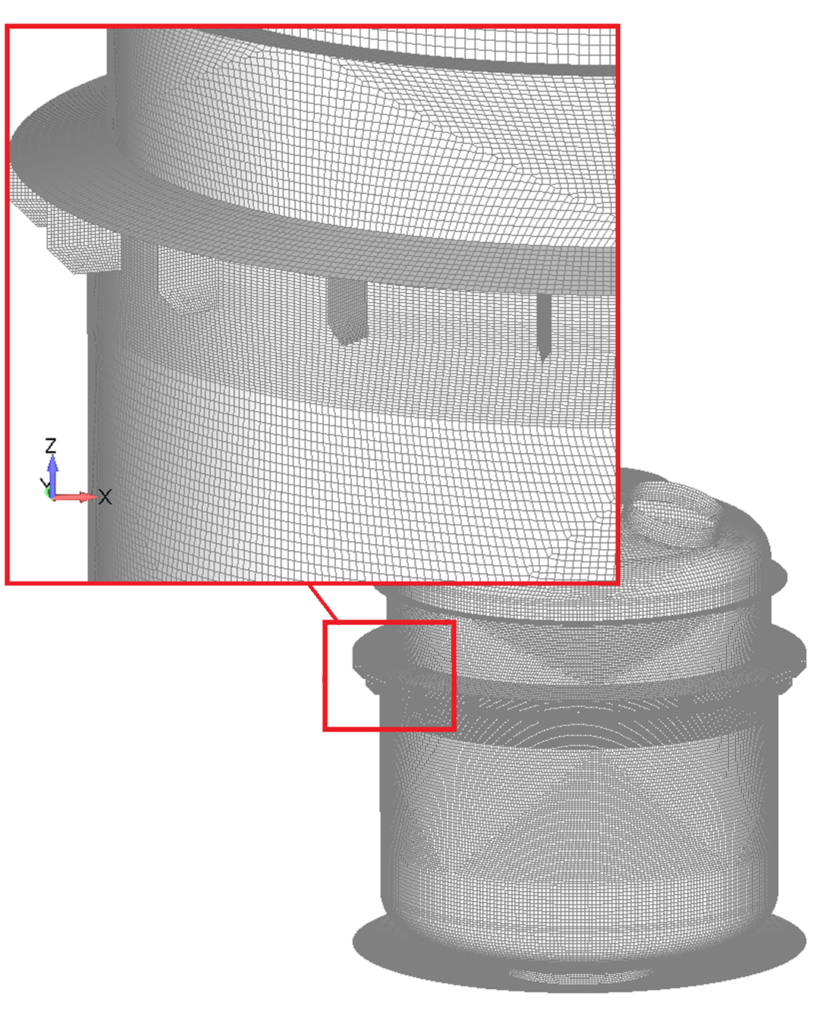 Another North American project. I must admit, this is one of my favorite designs so far, mostly due to how awesome the stability failure mode of domed top and bottom look in nonlinear FEA!

There were some challenges too… the heating space could have a very high operating pressure (just as the main chamber) and with addition of earthquake loads this lead to a lot of various load cases. Also, with so many shell elements that could fail due to stability, working on proper analysis to verify all important components was demanding to say the least!

In the end, we’ve obtained a great design, fulfilling all demands… not to mention that it also looks awesome on animations which is always great in its own right!

It’s important to remember that void is not the “worst case” buckling load case. High pressure in the heating chamber around the main vessel can lead to much higher circumferential compressive stresses than void alone. 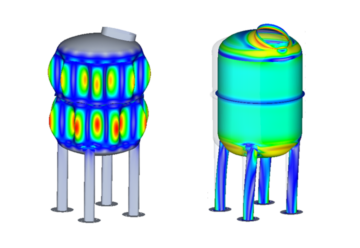 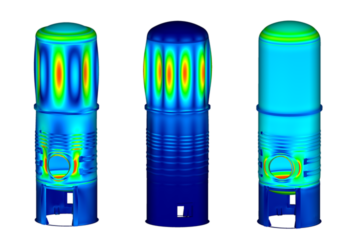 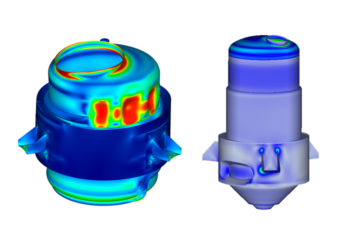 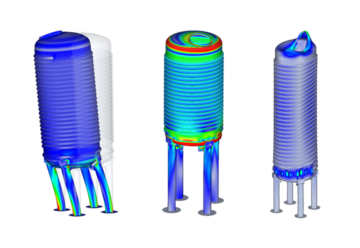 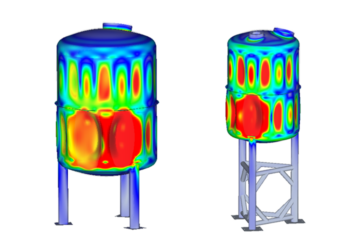 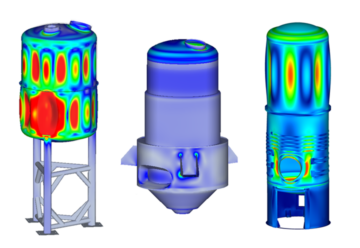