Recently I got a great question from Ardalan (thanks for writing mate!) about defining nonlinear supports in FEA. I think he does a better job of defining the problem:

First how to constraint an entity with in tolerance rather than completely fixing it? i.e. how to define a certain range of motion for an entity beyond which no movement would be possible?

Second how to fix an entity only in one direction of an axis but not the opposite one, e.g. fixing a node in +Y yet allow it to move in -Y?

Both of those questions can be answered with one element type from NX Nastran library: Gap Element

*If you are an impatient person, you can scroll down – there is a video there in which I explain how to define Gap Elements at the very bottom of this post 🙂

Why may this be useful?

There are many instances where gap elements will excel. My personal favorite is the support ineffective in one direction. Some time ago I discussed how to avoid contact in the analysis. Supports ineffective in one direction would fall into this category I would say. I can understand that there is an argument that this solution is not “far away” from contact. It uses nonlinear approach, needs to be iterative etc. I won’t argue here, especially since I hate discussions about classifications as such. I will put it this way:

Gap elements have many great uses, especially when you want to quickly and relatively easy calculate supports that are ineffective in one direction.

They are also useful if you need to have a sliding connection between 2 elements. As the name suggests you can define the “gap” that needs to be closed before forces are transmitted!

Why can support be ineffective in one direction?

I will stop here for a second, to explain why supports can be ineffective, and what does it really mean. Usually, this is explained in terms of tension/compression problems.

Take a look at this (beautiful) flower:

It simply stands on the floor, and the fact it is not going “deeper” into the floor means this is a support. In fact, this is a very strong support. If you would apply a compressive load on the flower (who would love to squish such a beautiful thing ?!?) it would resist anyway. It is actually astonishing how much load you can apply on such support!

But if you would apply tension to the flower (gently and by the pot!) you would simply lift the flower up! In such case, there is no support there at all! 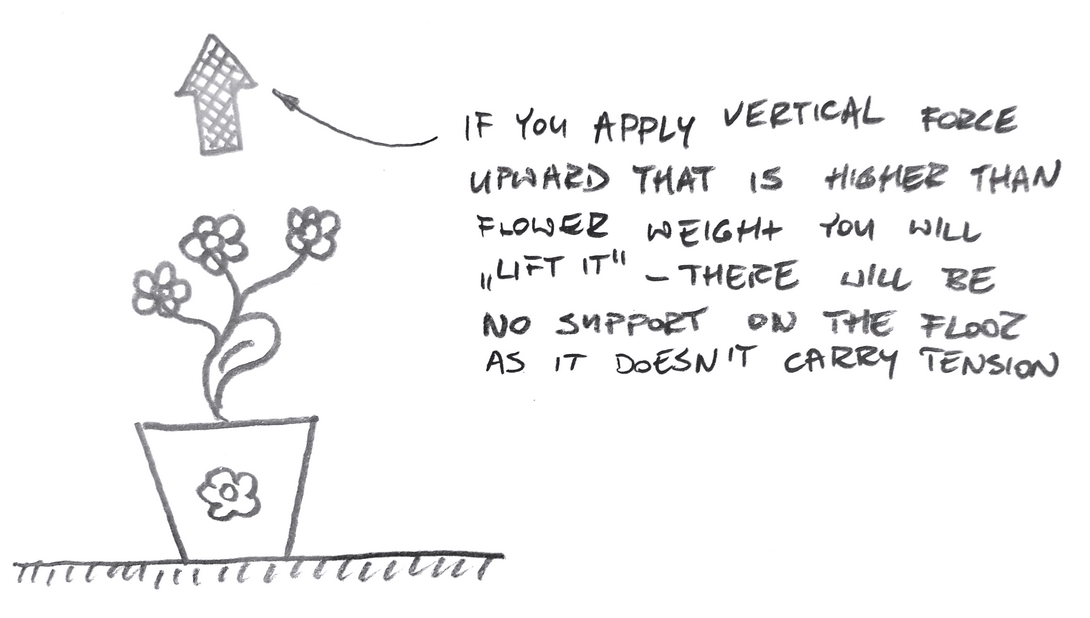 This is basically what an ineffective in one direction support is. I would say that support ineffective in tension like this one is the most popular type, but there are plenty more. You know I can’t resist making bad sketches so here we go!

Different types of nonlinear supports ineffective in one direction

I have already shown you the support ineffective in tension (aka “flower support”). But of course, there are more.

You can easily imagine support ineffective in compression. Just imagine a lamp that hangs from a ceiling on a cord:

If you apply enough vertical force upward you will “lift” the lamp. This means that the cord is a support that only works in tension! 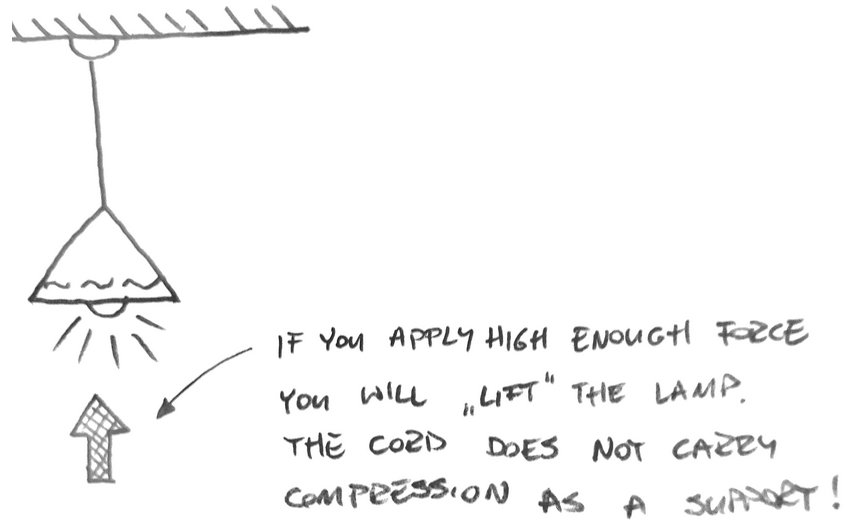 But of course, this is not all! Similar things can be made for bending and this can sometimes catch you off-guard. 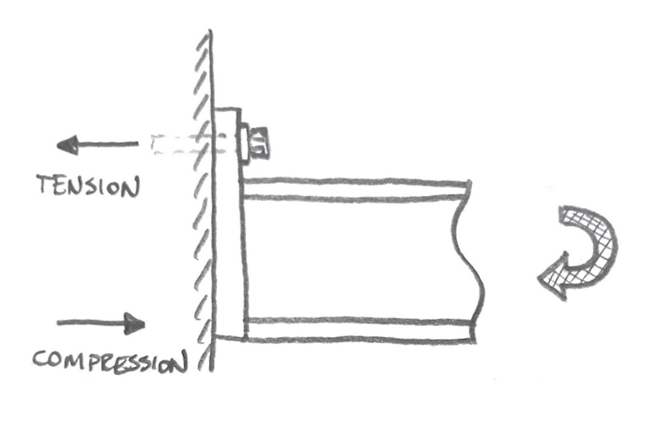 We already discussed how such connections work here. In short, the moment is divided into a pair of forces. Tension goes into the wall thanks to the bolts, while compression is simply carried by contact between the end plate and the wall at the bottom.

The fun starts when we switch the bending direction. In such case, the connection is hopeless, as there are no bolts to carry tension at the bottom. Such support is ineffective in “upward” bending direction! 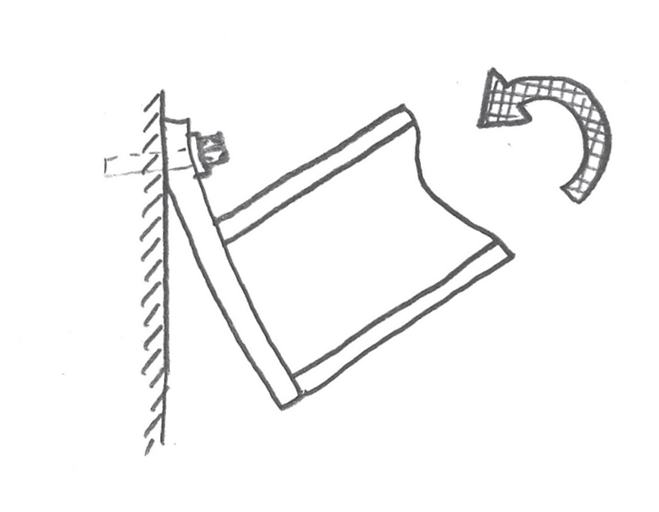 There are plenty more possibilities, but those are the main ones.

The second part of the question was about gaps in supports. Simply put sometimes support can start working only after a certain deformation takes place, as I described here.

The simplest example of such support would be a cantilever with additional support. If fact I will use this example in Femap to show you how things are done!

In such example, you can see that firstly the cantilever will deform (maximal deformation at the end). But later, when the gap will be closed, this will start to work as a simply supported beam. In such case, deflection will increase in the center of the beam, rather than on the rightmost edge (it will already be supported at that stage!).

Note also, that I draw the “additional support” only at the bottom of the cantilever – if the force will be upward there is no support at the end at all!

Gap elements for the rescue!

The above example is a perfect case for gap elements in NX Nastran. Describing how to define it would take some time, so instead below you can see a video I made with all the instructions needed to do this task 🙂