How to interpret outcomes from MNA

In this post I present a method allowing to read an outcome from a rising stability path obtained from MNA. This method is called “modified Southwell plot” and was published by prof. Rotter. If you ever had problems in estimating plastic capacity this is a must-read!

So last week we have made an MNA analysis and obtained such stability path: 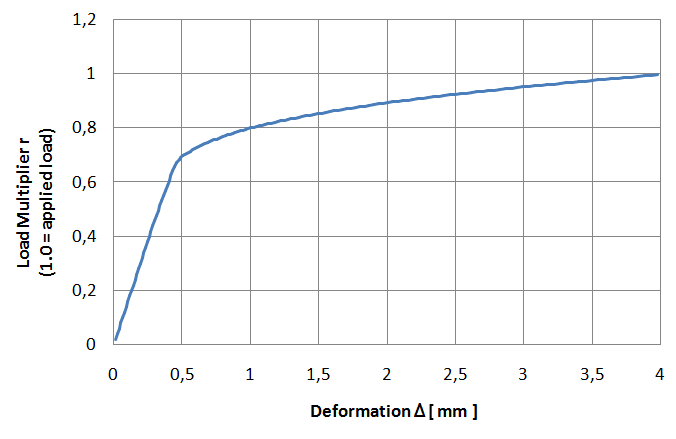 It is easy to see that the stability path is constantly rising, which theoretically means that the capacity was not exceeded. However this is not true, and care should be taken when analyzing such cases. Easiest way to deal with such problems is to use a modified Southwell plot method. According to that method you should change how you plot the outcomes and on horizontal axis Load multiplier divided by deformations should be used instead of pure deformations. This change leads to the following outcome: 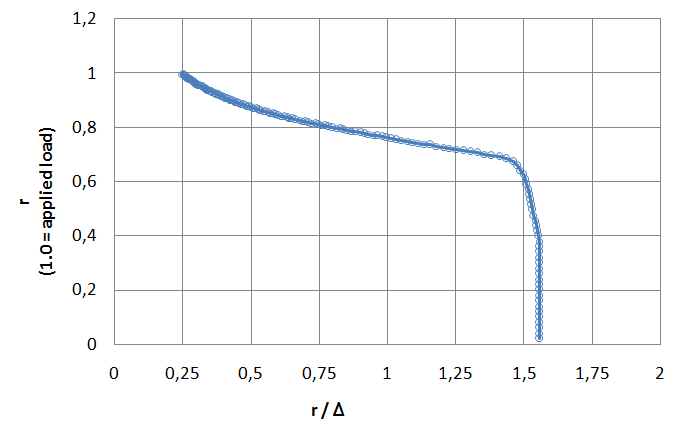 On the right the vertical part of the chart is in the elastic region, and the inclined line represents the plastic region. If you would continue the analysis further the inclined line actually would rise again into vertical direction (on the left of the chart). I actually did the analysis from the previous example once more with many more steps and the chart then looks like this: 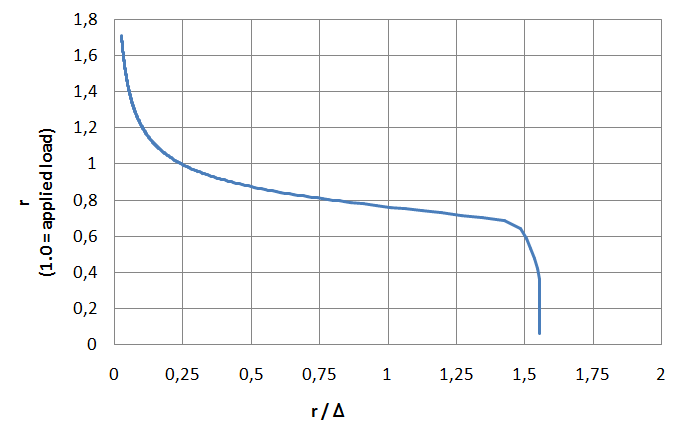 The outcome is hidden in the inclined part of the chart: you should isolate it firstly and make a linear prediction on where the chart would cross the “0” point on horizontal axis (linear estimation available in excel is exactly what you need). 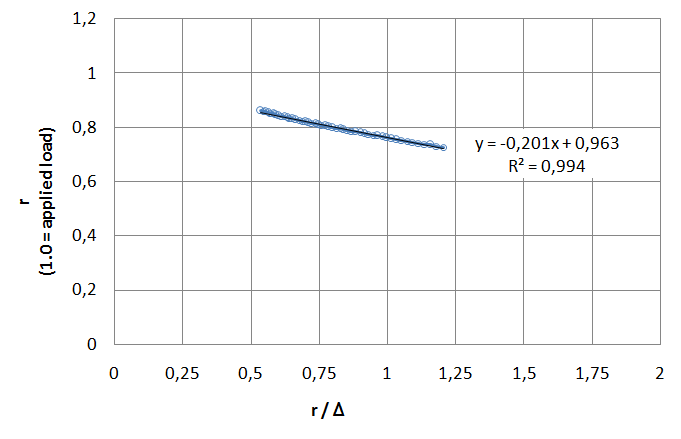 Reading the plastic capacity is a difficult task, and this method was proven for only some cases, but this is the best method I have encountered so far. To be honest whenever I encounter a problem like that even threw I use this method, if the obtained capacity is much higher than the “start of the bend” on the stability path I reduce the capacity obtained from modified Southwell plot just in case. Luckily in silos where I use numerical design typical plastic collapse is rarely defining for the problem, and other analysis do not suffer from such problems in most cases.

I hope you find this helpful. If you have any questions feel free to ask them in the comments or write me an email.

Test your FEA skills!
Do NOT follow this link or you will be banned from the site!
We use cookies to ensure that we give you the best experience on our website. If you continue to use this site we will assume that you are happy with it.Ok