I just got back from Dlubal InfoDay where I was invited to talk about structures I have designed with RFEM in my career. The whole event was a great success, and it was a really nice experience to show my work before so many engineers and discuss different solutions with them (some of those projects are described in this post). Also, I got a chance to talk with Ola Kociołek who is the CEO of Dlubal Poland and we will start cooperation between Dlubal and Enterfea mostly in courses for engineers (the first one is being prepared so… stay tuned!).

This is a yearly event held in Warsaw (for Polish Customers). Many engineers from all around the country attended seminars and lectures about design, the most common mistakes, or computational problems one can face in civil engineering. If you are using Dlubal software, or think about using it, this event is not only a great networking opportunity but also a great resource for actual information. Since some classes were given by people working in Dlubal Hotline, many commonly observed problems with design were discussed and solved – a great way to deepen your engineering knowledge!

This meeting was a really nice opportunity to discuss possibilities as well, and now Enterfea and Dlubal Poland will work together to provide courses on static design and general engineering for interested engineers and engineering students. If you want to start your career as a static designer / structural engineer, or you wish to deepen your knowledge in that area you can subscribe to this blog.

Also since I’m one of the first users of Dlubal Software in Poland with time I have collected some interesting problems I managed to solve with this software. That lead to an invitation from Ola to give a presentation about what I have designed and the challenges that were present in those projects. Some of the designs I have shown are briefly described below.

These are the two out of the several silos I have designed so far. Since those were the first “big” ones I have designed several years ago, I used RFEM to design them (later after my Ph.D. I started using Nastran for that).

I would say that the biggest challenge here were temperature loads – ash stored in the silos have an initial temperature of 130 deg, which causes substantial circumferential tension, which in turn influence stability of the shell by increasing the chance for “elephant foot buckling”

This project always brings good memories back. This was just before I finished my Ph.D. and was quite the challenge at that time. Silos themselves were very small (of diameter around 3m), but the challenges with loading were nice 🙂

Since silos were mounted on ships several things have to be taken into account as the inclination of the structure or accelerations due to wave motions. This is so far the smallest silo I have designed, but also one with a real complexity to the solution – this is why it is worth mentioning here.

Cranes for lifting BOP valves on the off-shore platforms were a really interesting thing to design. This is one of those cranes, which was even more complex since it is only half-portal. On one of the sides, it was suspended the beam slightly above the crane running beams, which makes the stability of the structure an interesting case.

This is also the first design I have made with Sławek Labocha which in turn resulted in a long-lasting friendship – also something worth mentioning here. A complicated design with nice people to work with… what more is there to expect from an engineering job 🙂

Another great project with great people. This time I got a chance to work with  Christian Macht who is a great guy!

This project was challenging in its own right – there were simply so many elements to design! Luckily for me, Asia Klimiuk and Piotr Kozioł provided me with great assistance during design. Some interesting problems were to be solved here as well, connected mostly to stability issues of very long and very slender trusses (Eurocodes do not address that directly so be careful!).

In the end, the structure for around 10 conveyors trusses (with average length around 60m each) with supporting structures were designed and optimized.

Pipeline in Belgium was a quite complex task. Since most of the pipes were outdoors thermal loading was high, and with great lengths compensation of deformations became a problem. In several places, pipes were fixed to devices that couldn’t absorb almost any load, so a set of compensation devices and supports with allowable movement restrictions were in place to guarantee that the load won’t be applied. Since other influences provided quite a heavy loading, finding a compromise between allowable movement and the overall capacity of the supports (and geometric stability of the system!) was a really interesting problem.

As always have a nice day, and thank you for reading!

Want to Learn Something Useful?

Definitely check out my FREE FEA essentials course. You can get it by subscribing below.

Thank you very much for the kind words :) 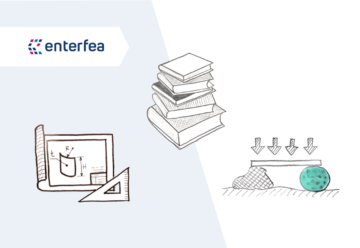 To design stuff with FEA you will need engineering design skills. But what are those skiils, and what else will you need? Let's check! 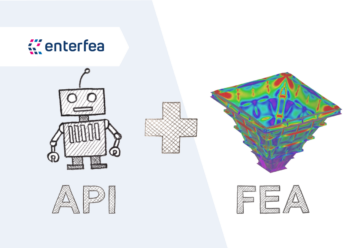 Automating work in FEMAP (or any other FEA package) is a great idea! Here, we will focus not only on the “How” but also “What” and “When” to automate with API for Femap! 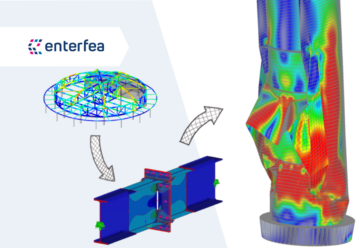 What are the Applications of Finite Element Analysis

FEA allows you to solve any engineering problem that is “unsolvable” otherwise. It also greatly increases the accuracy of outcomes. But it takes time to perform FEA correctly - let's see what this involves!