Connection rigidity: when it really matters?

The most important aspect is of course how exact results do you need to have. If you always design structures without optimizing them, your “typical” capacity ratio can be around 60-70%. In such a case, only the worst-case scenarios can really influence your design, as there is plenty of “safety space” involved.

But let’s be honest, how many of us can really say there is no pressure on doing the optimal design. I feel that currently designing is a race on who will do a project with the smallest material usage in recorded history (and in the shortest time to boot). The more you optimize your structure, the bigger are the influences of unfavorable effects became. Effects that were ignored even several years ago.

Let’s put that into perspective:

In Middle Ages there were no snow or wind load codes (or any codes whatsoever). People build stone castles, without estimating environmental load values (even threw they were aware of them). Since their structures had high capacity (and also high self weight), such “small” loads could be simply ignored or “guessed”.

Can you imagine designing a steel hall building without detailed calculations of snow or wind load?

Striving for the best performance and biggest savings, we are moving into territory when more and more effects must be taken into account. Something that could be simply ignored previously (like the wind load!) is the real issue now. Connection rigidity is just one of those effects.

Since we want to achieve even “better” results than before, I can see connection rigidity an issue that will grow in importance in the coming years. This is already happening: codes already require taking such actions into account.

With this in mind:

Connection rigidity is important if you want to do an optimized design. It is important NOT as a mean to achieving better results… it is important since without taking it into account, you can overdo the optimization and do a design that will fail after is is done!

In my career, I have seen several designs that had huge problems in this regard. I even was a member of the team at my University that studied a rather spectacular failure of a steel building where connection rigidity effects were one of the main failure reasons.

Connect to the rigid stuff

A second important factor is what you are actually connecting to… In this post I have made an example of the connection shown below:

The maximal deflection of the cantilever due to the connection rigidity was 0.357mm. When I took the torsional stiffness of the main beam into account, the deflection was 7.1mm. That is almost 20 times more!

When you are connecting to elements that will greatly deform anyway, connection rigidity will have smaller influence on the outcome than in case of connections to rigid elements.

Let us prove this is true. I will use a simple frame to show it. Previously I have analyzed the influence of connection rigidity for rigidly (or semi–rigidly) supported beams. You can see the difference in bending moment here:

Now I will use the same beam, with the same load, etc, but with a frame system like the one below (note that connection to foundations is rigid so I can also use hinges in the beam connections):

In the previous example, the difference between the infinitely rigid connection and the connection with 15mm end-plate was 21.5%. Now it is only 7.6%. It is clear, that the more the element we connect to deforms, the less impact connection rigidity will have.

There is a limit to this of course. In many cases, structural stability is dependent on several connections being rigid. This means that without those rigid connections structure might be unstable. Here I talk only about bending moments, and other cross-section forces. I will discuss stability issues in the future, as this is a completely different problem.

When connection rigidity is discussed slippage should have a special chapter! To summarize it in one sentence:

If it is not intentional, avoid slippage in connections. Normal (not pre-stressed) shear screws connection can slip around 2mm… in some structures this can be fatal!

I have written about it here. If you can, the best approach is to avoid slippage. If you can’t avoid it always take it into account if it is not intentional. In some cases unintended slippage will have little effect, in others, it can be fatal. As a rule of thumb, if additional deformations caused by the slippage are much lower than the deformation of the structure itself, things aren’t that bad. The worst-case scenario is when you have slippage in the over-stiffened structure that deforms very little. Then the redistribution of forces will have a massive effect on the capacity of elements:

2mm slippage (the capacity ratio is twice as high in the red zone!)

Of course, if you want to make a hinge, slippage is actually helpful (more on this here). In many cases, it will only increase deformations. But if you are not sure, always take it into account!

So to sum this all up in some general notes:

But wait! There’s more! Subscribe below to get my free FEA essentials course. 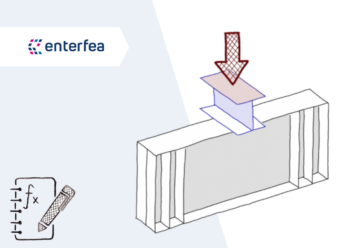 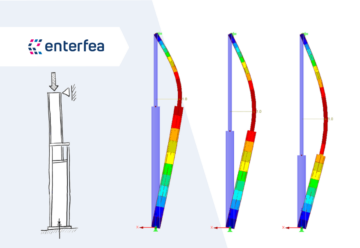 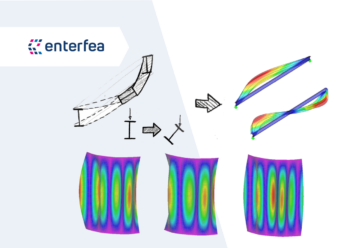