Ok, I’ll admit it – I’m excited to host a post by one and only Angus Ramsay!

Before we get to the post, let me just say that I actually have a chance to work with Angus on a book for Nafems (about FEA of course). So hopefully, you will see us (along with Nick Stevens and Jeremy Theller) do other cool stuff as well!

I’ve met Angus online (on LinkedIn – we are both professionals ^^). He commented on one of my early posts, with some great critical remarks (scary stuff!). Since of course, I wanted to learn more, I’ve reached out and we talked on Skype… We actually did that more than once, and as it turns out we will do it even more often now : )

Angus completed a traditional engineering apprenticeship (ICI) before studying at Liverpool, Exeter and the Robinson FEM Institute with a brief intervening period in automotive research and development. He conducted research in computational structural mechanics at IST in Lisbon (equilibrium methods) and Nottingham (yield-line techniques) which was followed by ten years industrial consultancy in mechanical engineering (turbomachinery). He recently acted as an Independent Technical Editor for the NAFEMS Benchmark Challenge Initiative, is a member of their Education and Training Working Group and a Founding Member of the NAFEMS PSE Scheme.

All right then! Let’s the party begins : )

The practicing engineer will probably be familiar with the idea of thermal expansion or contraction of structural members or mechanical components. If this deformation is constrained then stresses will be induced in the member or component. In finite element (FE) analysis the idea of thermal expansion/contraction can be used as a rather straightforward device to model a number of phenomena.  The interference fit between rotating components, for example, is a good example where the standard small thermal strain approximation is generally appropriate. There are other cases where the use of the small thermal strain approximation can lead to significant errors. For example, the extension/contraction of a hydraulic ram can be modeled as an axial element with temperature change used to control the ram length. In this case, it is necessary to adopt the proper thermal strain equation in order to obtain accurate results in an FE model which includes large displacements and rotations. This technical note reminds readers of the difference between the small and large thermal strain theories and presents examples where small strain theory is appropriate and where large strain theory is required to obtain the correct solution.

It is common practice in finite element (FE) analysis to use thermal expansion/contraction to model the influence of a shrink or interference fit between a rotating component and the shaft onto which it is fitted. Such interference fits are used to ensure that the rotating component, e.g., a pulley wheel, and the shaft remain in contact at speed (when the rotating component is growing radially at a greater rate than the shaft) and that the appropriate torque can be transmitted between the two components; the torque being transmitted through friction between the two components. In this context, the interference is usually small compared to the nominal radius and a linear-elastic analysis is usually appropriate. The choice of the coefficient of linear thermal expansion, a term which is often shortened to coefficient of expansion, is, in this case, normally assumed to be independent of temperature and is somewhat arbitrary provided that the product of the coefficient of expansion and the temperature change produces the required interference.

In a recent project, RMA was asked to check the fit for a pulley and supported on two bearings – see Figure 1.

The radial interference at the nominal radius between the bearing and pulley is shown in Figure 2.

The symbol u is used for radial displacement. Small thermal strain theory gives the radial strain as shown in Eq. (1).

The range of interference values for the pulley are shown in Figure 1. Note that these are in micrometers, i.e., they are small compared to the interface radius, which is 70mm, and lead to radial strains of 0.036% and 0.05% respectively. The standard understanding of small strain theory is that it is appropriate for strains that are significantly less than 1%, i.e.,  and it is seen that this condition is met. Using a coefficient of thermal expansion of 11.5µm/m/oC gives the temperature changes shown in Figure 1.

The incremental expression for the thermal strain is given in Eq. (2) in terms of the change in length, of an element of length subject to an incremental temperature change. The constant of proportionality is, the coefficient of linear thermal expansion and this is normally a function of temperature.

Since the thermal strain is being used as a device for creating a prescribed displacement then we can reasonably adopt a coefficient of expansion that is independent of temperature. Performing the integration of Eq. (3) leads to the expression given in Eq. (4) where the symbol Ln is the natural logarithm of the function in brackets.

Eq. (4) may be rearranged to determine the overall thermal strain as shown in Eq. (5).

When the product is small then Eq. (5) tends to the usual linear expression given in Eq. (6).

The relative error in using the linear expression of Eq. (6) is shown in Eq. (7) and has been plotted on log-log axes in Figure 3.

RMA was recently involved in a project where a thermal expansion/contraction was used to drive a mechanism. The mechanism in question was a scissor lift the height of which is controlled by a hydraulic ram. The length of the ram, which might reasonably be modeled as a single axial element, can be adjusted by thermal expansion or contraction. There is, however, a significant difference here compared to the use of this approach for the interference fit between the rotating component and shaft. The difference is that in order to drive the scissor mechanism from its lowest to its highest position requires a significant extension of the hydraulic ram. The members of the scissor lift translate and rotate by a significant amount, as does the ram, and this may only be considered using a non-linear FE approach which includes the effects of large displacements and rotations.

The scissor lift mechanism is shown in Figure 4 and shows the lift in the position where the FE model was built (member angles of 45o) and in a raised position (blue) resulting from a temperature increase of 100oC applied to the ram.

By considering the geometry or kinematics of the mechanism, a relationship between the height, of the lift and the length of the hydraulic ram, may be obtained, i.e. Thus, for a given lift height the ram length can be determined. The scissor lift under consideration had members that were about 5m in length and for this lift the (non-linear) relationship between ram length and lift height is shown in Figure 5.

The temperature change required to achieve a given lift height calculated from Eq. (4) and Eq. (5) are shown in Figure 6 with the orange line corresponding to the exact value and the grey line to the approximate value.

The FE model was constructed so that the members are angled at 45o and in this configuration the height of the lift is 10.61m and the ram length is 5.2711m. If we were interested in raising the lift by 1.80m to a height of 12.41m then the required ram length is 5.8255m which can be achieved with a temperature change of 100oC for a thermal expansion coefficient of 0.001 µm/m/oC.

This technical note reports a case where it is necessary to account for large displacements and rotations in an FE analysis. The thermally induced expansion is used to model the change in length of a hydraulic ram which raises or lowers the scissor lift. The change in length of the ram is significant when compared to the length of the ram and so the thermal strains required are large, i.e., much greater than 1%. Since the FE model includes large displacements, the accurate thermal strain theory must be adopted when working out the temperature change to apply to the element representing the hydraulic ram.

A pdf version of this technical note may be found here:

Other technical notes made by Angus, can be found here:

Łukasz taking over the mic!

I really hope you enjoyed this (let us know in the comments)! If you are interested in more guest posts definitely let me know! Perhaps you want to share something, or maybe you know someone I should invite here? In such a case just email me at [email protected]!

If you have any questions for Angus post them below – I will let him know about them : )

This is great! I have an online course that goes really deep into Finite Element Analysis… and you can get a free lesson from it by signing up below this post! 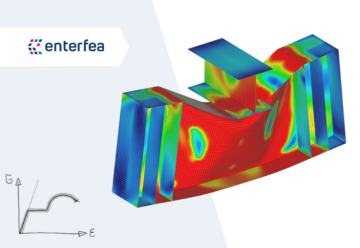 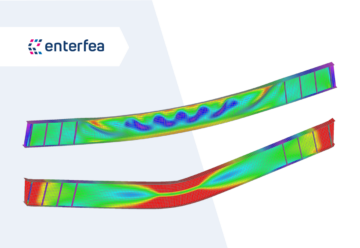 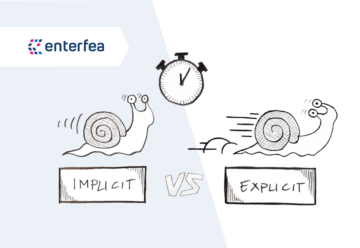